38 secrets you need to know, if you want to understand all Germans

Finally you will understand everything. FINALLY!

1. We love potatoes and bread. We also love marzipan. This is why we have marzipan bread and marzipan potatoes.

2. German basic rights: freedom of speech, freedom of religion, freedom to drive as fast as you fucking want.

3. If you want to ask someone how they’re feeling the German way, it needs to rhyme. (Favorites include: Is your crotch fit? Everything roger in Cambodia? Everything in butter on the cutter? Yes, these rhyme in German.)

4. The Oktoberfest is a fraud, it’s a Septemberfest.

6. For the love of bees: German bee sting cake!

8. Grammatical cases are at war in Germany. Dative constantly tries to kill genitive.

9. Funny thing: Most of the 90's TV presenters in Germany were Dutch. 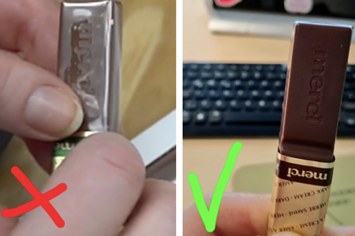 10. Patriotism is weird. Unless the World Cup is on.

12. Every time something’s broken in Germany, it ends up covered in printed memes. #technikeristinformiert

14. If you’re ever fighting with someone about something use, “Das ham'se mal bei Galileo gebracht” as proof. Galileo is the most trustworthy of all sources.

15. If you want to tell a German that you’ve got pain in a part of your body just tell them I’ve got [insert body part].

16. In Germany you’re not a sissy, you’re a soft egg, a washcloth or a luke warm showerer.

17. The struggle when the Pfandautomat does not like your bottles.

19. Everytime you explain something to a German you need to end with “Klingt komisch, is aber so” or they won’t believe you.

20. Trying to form funny words with license plates. The struggle of living in a city that won’t allow any good license plates because the abbreviation sucks.

22. Prime time starts at 8.15pm because no movie or TV show dares to get in the way of the holy Tagesschau.

23. If you want to insult Germans tell them there are cups missing from their cupboard.

24. You’re allowed to drink in public places. Feel free to enjoy your beer wherever you want. Even if you’re only 16.

25. German bread is the best bread. No contest. Everything else is toast or cardboard (and toast is no bread, it’s an abomination).

26. It’s easy to understand Dutch as a German because they are basically the same language, it’s just that Dutch sounds like a drunk German trying to speak English with a hot potato in their mouth.

27. Shops are closed on Sundays. We’re used to it. Except on some Sundays. Which is when every single German seems to feel the sudden need to go shopping on a Sunday. Because it’s so special.

29. German names for jello: food of gods and wobble Peter.

30. SSDSDSSWEMUGABRTLAD was a German casting show because fuck other shows and their ridiculous acronyms.

31. People from rural Bavaria or Soxony often have to be subtitled on the news because no German who lives outside of these areas is capable of understanding them.

32. Not even questioning that one of the most popular rock bands is called “The Dead Trousers” and another one called “The Doctors” claims to be the best band in the world.

33. One of the most beloved characters in children’s television is a depressed loaf of bread whose arms and legs are too short.

34. Having no freaking idea what the Swiss are saying even though their language is technically called “Swiss German”.

35. Introducing someone as “meine Freundin” instead of “eine Freundin” can instantly turn a female friend from just a friend into your girlfriend.

37. Fast trains in Germany are as cold as ICE.

Awesome Work from the tumblr-page „All things German”. They collected , more than 100 houndred German Secrets. Take a look.